Activities in Costa Rica : personalized travel takes you off the beaten track 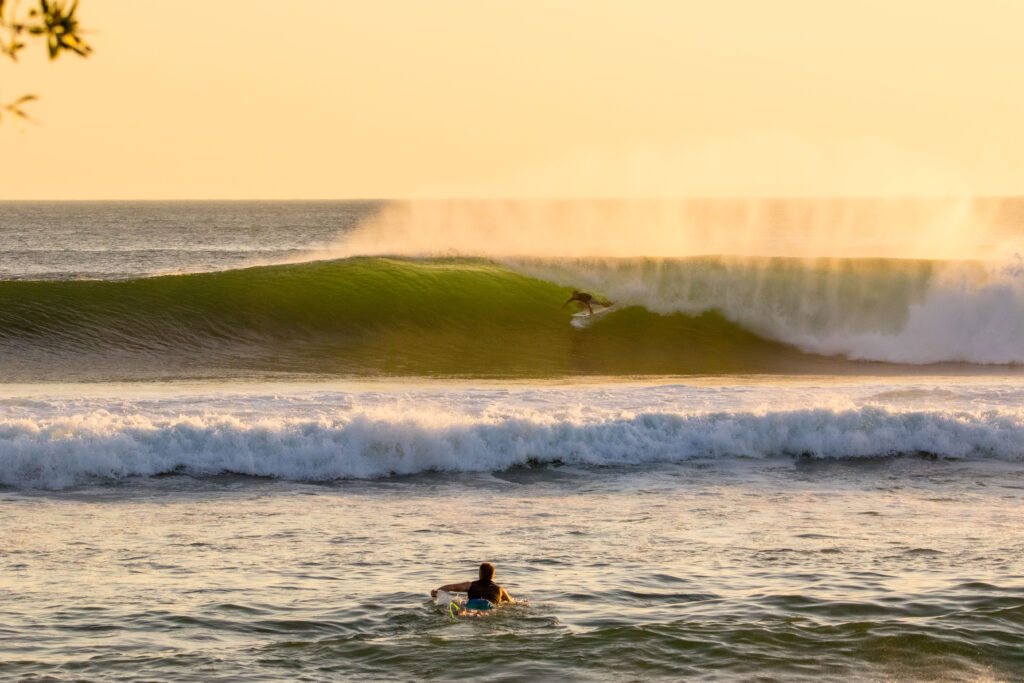 Visiting Costa Rica is a unique adventure. You never quite get over it. Caught up in the rainforest and its canopy, travelers use to marvel at the floral magic. Others prefer face-to-face with volatile, dangerous or game partners animals. For this, ideas abound between Playa Negra, San José or Tortuguero. Finally, another animation program: taste […]

Observing sea turtles in Costa Rica all year round 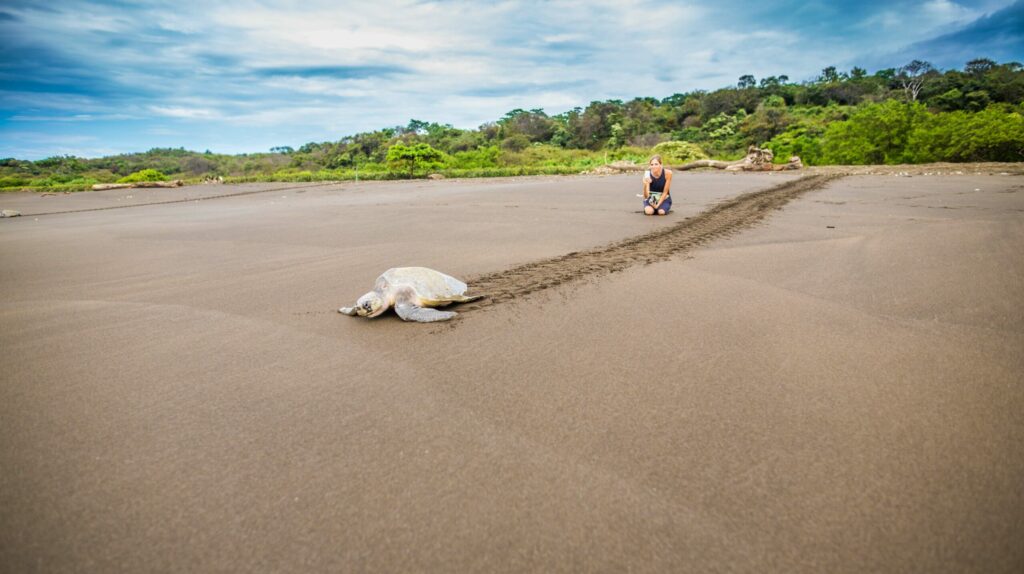 Luth, Verte, Caret, Ridley, maybe you don’t know the animal we are talking about. Marine turtles are one of the innumerable wildlife wealthes of Costa Rica. However, wealth means covetousness and greed. Nowadays, preservation of this marine animal species is a crucial issue. Protecting their nesting and laying sites is one of the greatest missions […]

Dry season in Guanacaste | Between aridity and eternal greenery 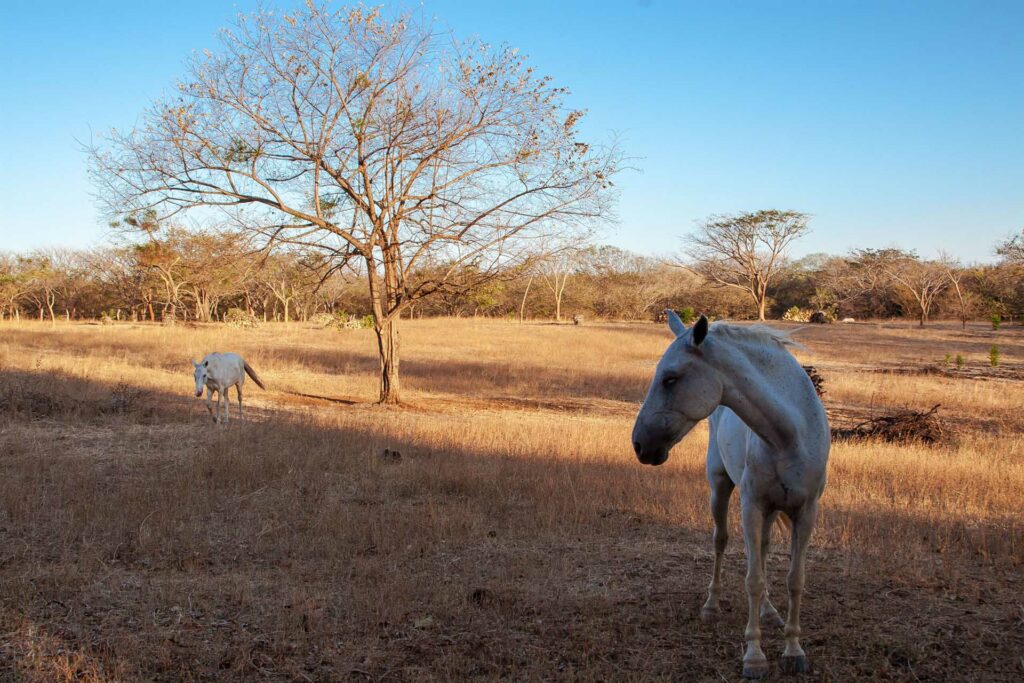 Guanacaste, Tamarindo, tropical zone, green season, find what is common! Costa Rica, well done! A small country discovered by Christopher Columbus in 1502, its heavenly setting makes it one of the most popular holiday destinations in France. With its incomparable biodiversity, Costa Rica stands out for its ecological dynamism and its fervor to defend its […] 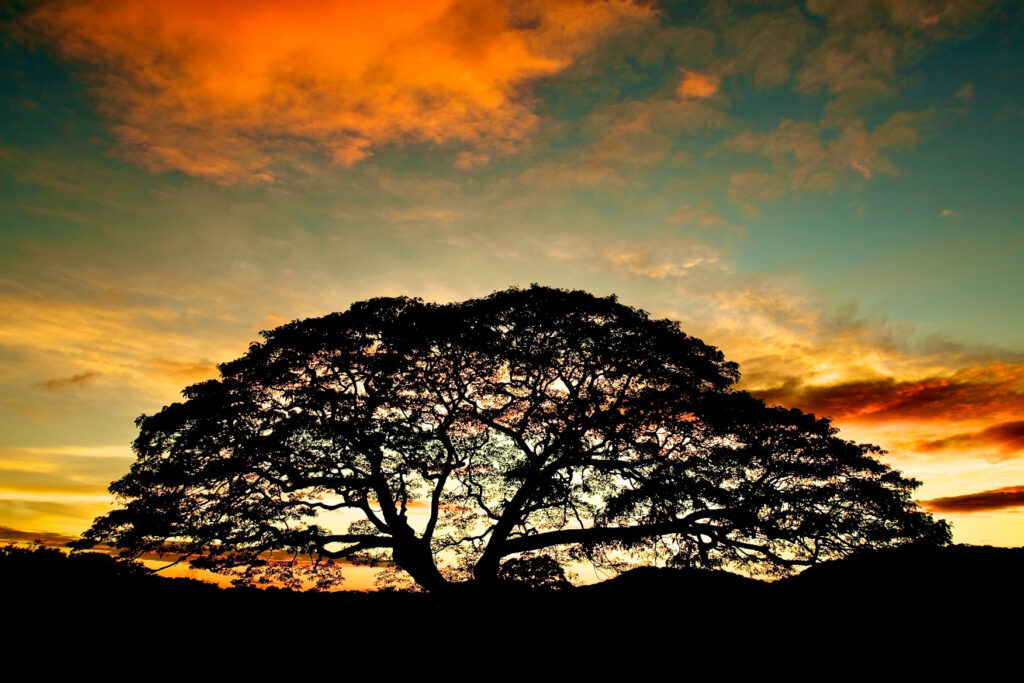 The Aztecs called it “the tree that hears”. Its large elephant-like leaves have all kinds of nicknames: tree with ears, caro caro, roach ear, or mulatto ear. The Guanacaste or Enterolobium cyclocarpum, this green giant more than fifteen meters high is recognizable between thousands. Do you feel the warm wind in its foliage? The heart […]

Costa Rica: a cozy nest for the resplendent quetzal threatened with extinction The quetzal, symbol of freedom, emblem of Guatemala and undisputed star of Latin American birds, is on the verge of extinction. It is on the Red List of Threatened Species of the IUCN, the world authority on the protection of the natural environment. Logging, livestock farming and the illegal trade in feathers destroy the natural […]

Canopy in Costa Rica – The intelligence of biodiversity and life 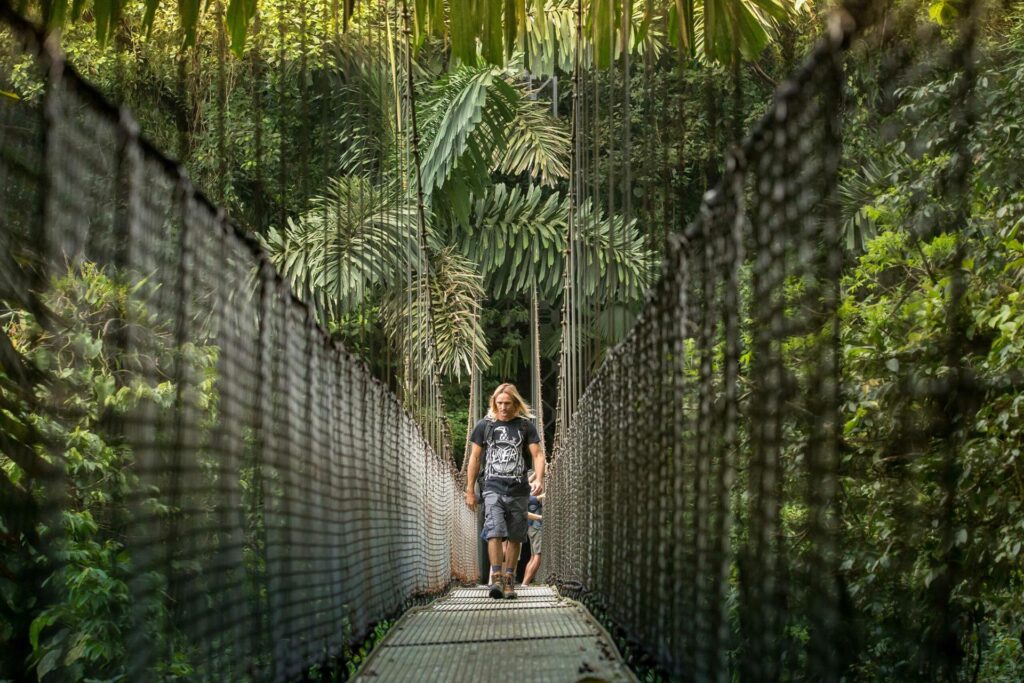 The canopy: a world in balance between Earth and sky. A tropical and vegetal link between the tops of trees and the undergrowth. Accessible to humans for just 50 years, this floral paradise is the most lively in the world, a very summit of biodiversity. Powered by the sun’s rays, it brings together various mammals, multicolored birds, twirling butterflies and reptiles. Nourished by […] 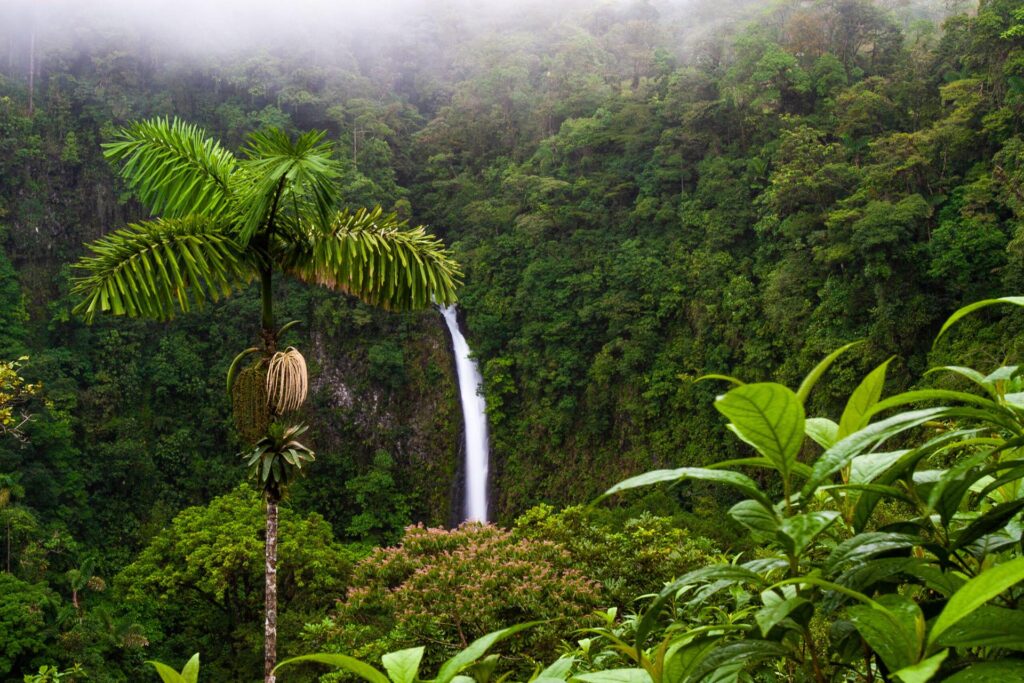 Pose time, shutter speed, ISO, diaphragm or tripod. So many questions! Can the photo turn out to be another way to look at the world? Can your camera lens become a third eye for a new look? The huge richness of the ecosystem of Costa Rica deserves to bear another perception. Among these wonderful landscapes, there are so many waterfalls! Ideal for photography, […] 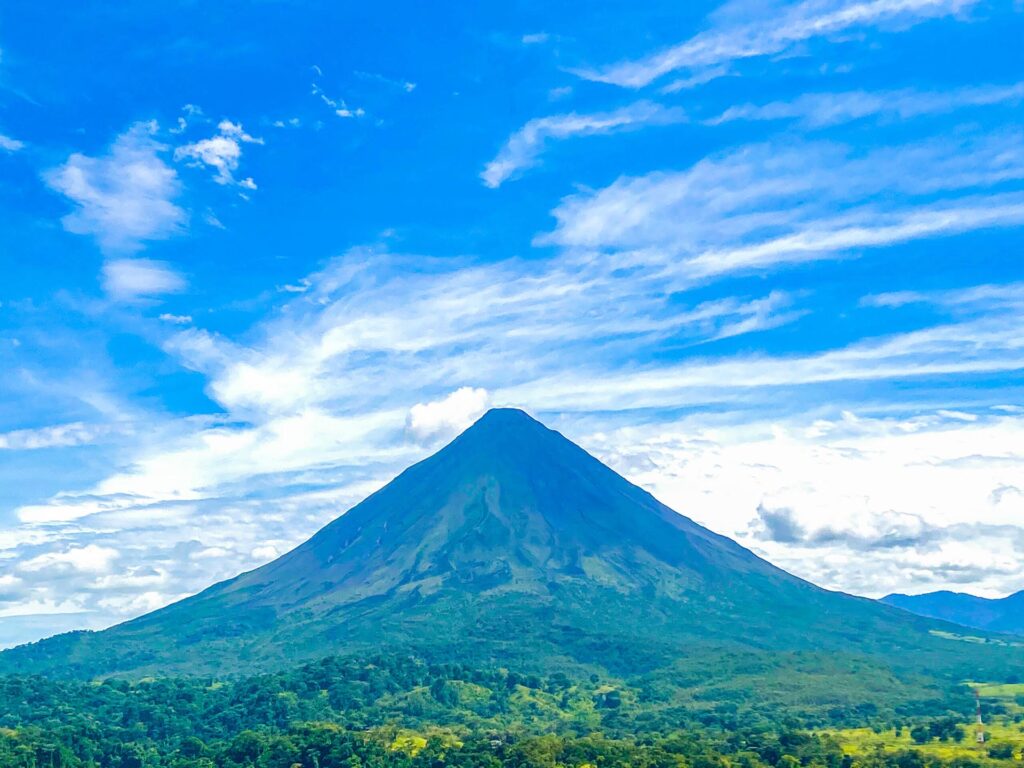 Earthquakes, tsunamis, and seismic activity regularly shake the world. Volcanic eruptions, lava flows and ash falls spread over newspapers and invade explosively on your screens. In Costa Rica, the Arenal volcano is a must for local tourism. But, do you really know it? Beyond its ideal shape that is typical of the perfect volcano, its influence exceeds the visual pleasure. Its artificial lake, peacefully installed not far […]

Reforestation in Costa Rica | An ecological model for all the world 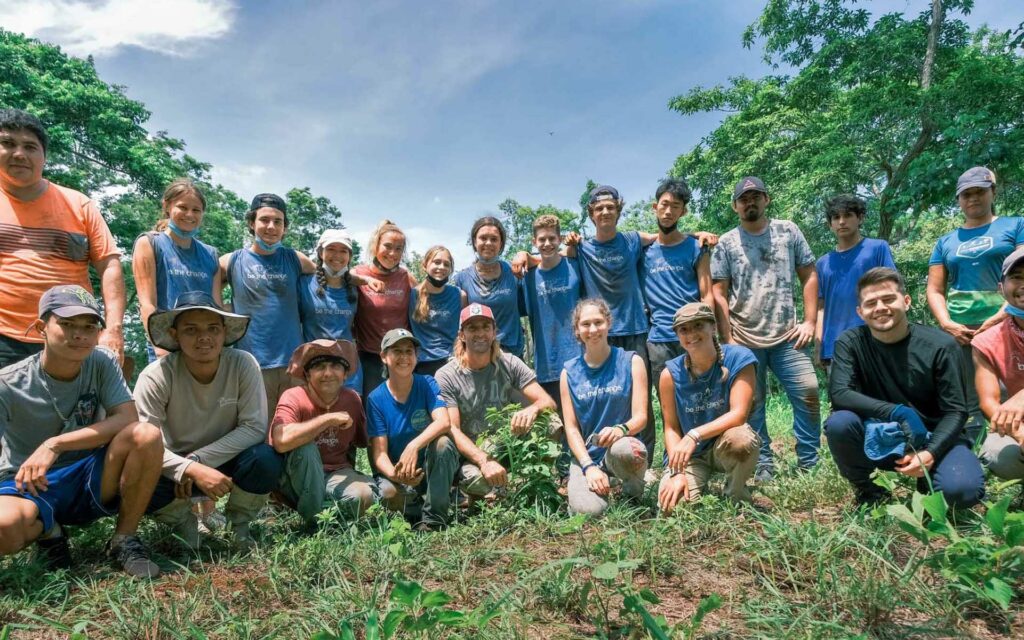 Did you know that tropical reforestation and biodiversity protection were the most important topics for Costa Rica? Nowadays, this small country of Central America generates 100% of its electricity thanks to renewable resources. It does everything possible to become carbon and plastic free. But, its best record is having 55% of its surface covered by forest in comparison to 26% in 1983. This […]